Swarm Intelligence
Available in days
days after you enroll 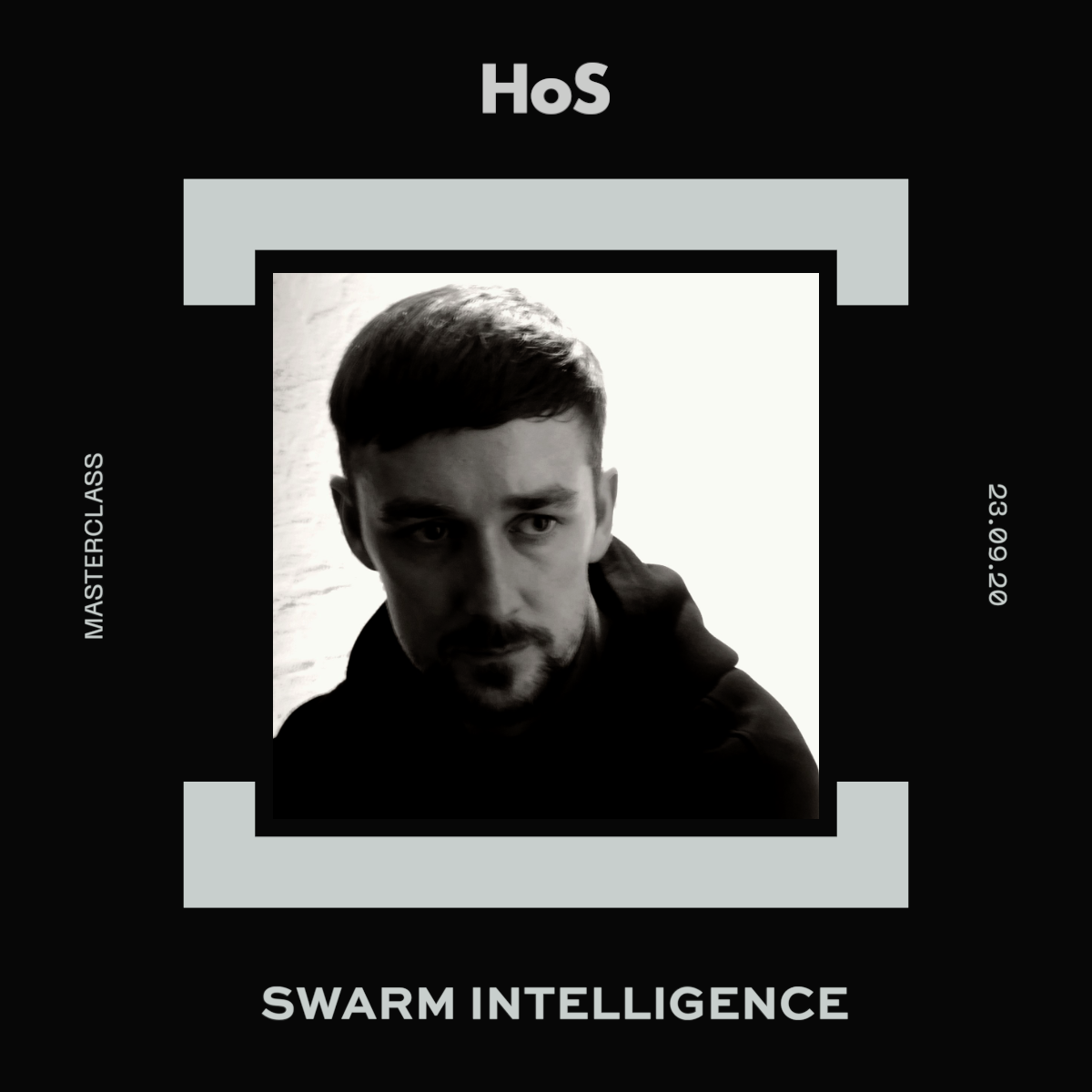 The next Home of Sound masterclass will be hosted by Simon Hayes aka Swarm Intelligence.

His distinctive sound comes from almost a decade of releases, having recently on labels such as 47, Voitax and Instruments of Discipline. His non-conformist approach to music has earned him a solid reputation in the techno community worldwide.

Born in Dublin, Simon found a home in the city’s thriving bass and techno scene in the early 2000s. A student of computer and electronic engineering, he later began to focus his studies on artificial intelligence and began to apply learned concepts to music. He graduated in 2009 and moved to Berlin shortly thereafter, where he founded his Swarm Intelligence project. Initially intended as an antidote to the city’s then monotone four-to-the-floor offerings, his sound was raw, high tempo and distortion-laden, and better suited to illegal raves and squat parties.

In this extensive workshop Swarm Intelligence will show you his process in creating his music, from composition to sound design. We like to run our masterclasses as interactive as possible to get a real life environment and connect everyone. This will be a chance for you to meet like minded people within the community as well as being able to directly connect and ask questions to Simon.